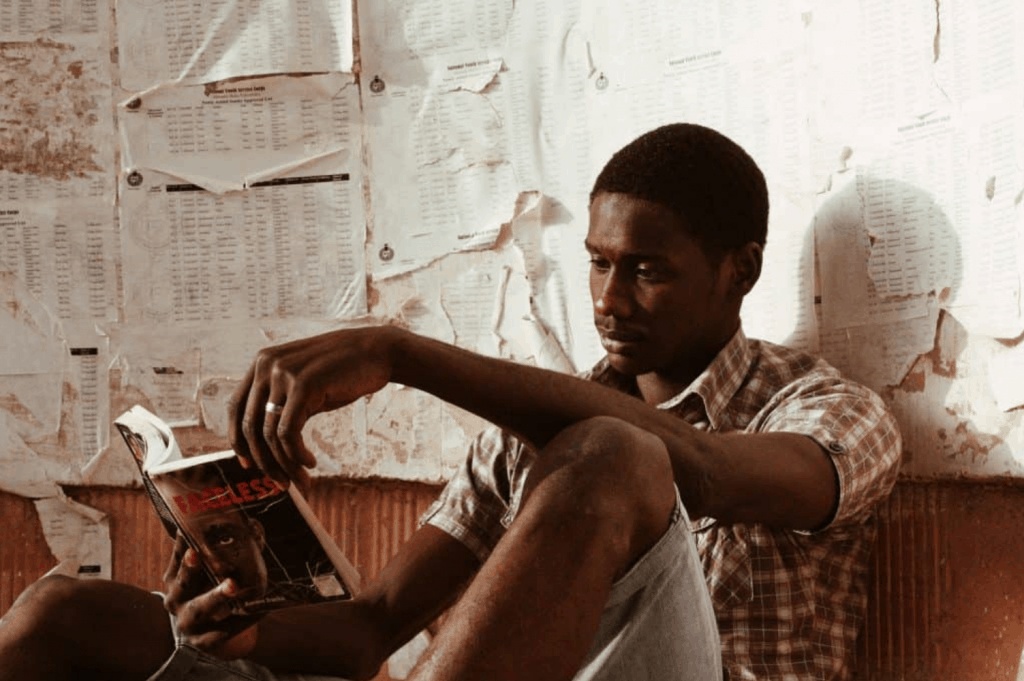 My humanity depends on my seeing and recognizing your humanity.

How Europe Faked It Until She Made It.

We used to love philosophy class. It was always exhilarating. We’d debate ad infinitum. Does God exist? Do animals think? Can they speak? Whatever the subject, we always rushed to cite the Platos, Kiekegaards, Socrates, and Pythagorases of the world. Yes, they were always Greek, German, Scandinavian, etc.

We’d never ask why. Why bother? After all, THEY knew. THEY had clarity, knowledge, and wisdom. THEY owned reason.
So if you ask about the Age Of Enlightenment, many will start spewing a list of European philosophers. It was the age of progressive thinking and a liberal stance.

What if I told you that all those philosophers were imposters and plagiarists and that at best, they came late to the game? What I told you those theories called enlightenment were practiced or advocated for in African societies long before Europe started to “see the light”?

What Is The “Age Of Enlightenment”?

First, let us understand what is generally considered the “Age Of Enlightenment”.
Here is how Wikipedia defines it: “The Age of Enlightenment was an intellectual and philosophical movement that dominated the world of ideas in Europe during the 17th and 18th centuries. The Enlightenment included a range of ideas centered on the pursuit of happiness, sovereignty of reason, and the evidence of the senses as the primary sources of knowledge and advanced ideals such as liberty, progress, toleration, fraternity, constitutional government, and separation of church and state.”

The problem is that that movement speaks of men (need I say white men) who believed or pretended to believe that the white race was superior to all other races. These men believed that man was superior to woman. This idea of living in harmony was practiced in Africa until the Arabs and the Europeans showed up on African shores.

But even with the introduction of new religions on the Continent, that African way of life persisted. To this day.

Enlightenment In A Theocratic State

At the time these liberal philosophers were exchanging their theories, a Muslim leader, Thierno Souleymane Baal, was already ruling by more liberal beliefs in Fouta-Toro – a kingdom in the valley of the Senegal River – from the 16th to the 18th centuries.

Thierno Souleymane Baal was a Toorodo warrior who fought Arabic slavery against the Moors and created a theocratic state founded on an idea of justice. He believed that power did not belong to a single tribe, that no Imam was above the law, and that power was not hereditary. The people should choose the leader they believed was the most suitable one.

We’ve never had societies where women were relegated to a lower class as it happened in the rest of the world.
On the contrary, Emmanuel Kant would go on and portray the woman as an object whose sole purpose was to satisfy man’s desire [Kant’s lectures on ethics (1760-94)]. Yes, that Emmanuel Kant!
That is a European belief that evolved to how women are perceived today: the man works and protects the wife while she herself stays home to raise the children.
Even in the “era of American exceptionalism”, white women still vote in the majority for a party that denies them the right to chose or equal pay for equal work!

This shows how the evolutions of African and European societies have evolved at very different speeds until Imperial Europe transformed African societies and set them back. But even with the influences of the outside world, matriarchy did not really die in Africa.

Enlightenment In African Societies At Large

It couldn’t have been otherwise in African societies. The very root of the word human is unconducive to equality.
Generally speaking, one can say “man” and mean all human beings. Man is before anything and everything in the western world. But a human being, in African languages, simply translates as a person. Now, a person can obviously be male or female. But the Western way of classifying all people under that one and lone umbrella of “man” is unthinkable in Africa.

In African belief systems, women sit higher in the order of importance. In Senegalese society, for example, the concept of ” father of the nation” or “founding fathers” is unthinkable. They have instead a “Mother of society”. Therefore the king himself would be the “Mother of Society”.

Another example is found in Fulani culture to this day. Whereas in the western world, the woman carries the child of the man and for the man, the Fulah people consider men and women as equal in their parental rights. That equality is manifested at the expression of parenthood: when a child is born, she gets a name from her mother and another name from her father.
The same Fulah folks would now consider the man the head of the house (jom galle), but then the woman stays the head of the room (jom soudu).

If we take the example of the Wolof and Fulah people in West Africa, we see that the terms human, man, and woman as understood in the west correspond respectively to “neddo” “gorko” and “debbo” in Fulani and “nitt”, “goor” and “jigen” in Wolof. That means African societies never bothered to created classes based on sex. We’ve had always that tradition from the candaces (Kemet) to Yaa Asantewaa (Ghana) to Titina Silla (Guinee Bissau) or Aline Sitoe Diatta (Senegal).

If those examples seem too abstract to the reader, then they should understand this: these beliefs are real, they are adopted in all parts of Africa and they were even written way before the so-called Age of enlightenment.

According to Ubuntu philosophy, a successful society is one in which I care for you and you care for me. I’ll care for your child because she belongs to the community just like you and I do. One can only be a person to the extent that they recognize the personhood of others. My humanity depends on my seeing and recognizing your humanity.
Therefore, in African beliefs, humanity or its fullness is a quest, a pursuit. It’s a state that is achieved only by living as humanely as possible. That means considering life as sacred, recognizing that our environment is not a tool but that we are part of it. One of the tenets of Ubuntu philosophy is that I am only well if you are well too. I am only human (a person) if you are human too.

That does not sound like the Western belief, at its very core, that any opportunity is a gift.  That’s pretty much what the “enlightened” European philosophers did in the 17th-18th centuries.
They wrote on how equality is all good as long as they were superior to their women and as long as they and their kind were superior to what they called colored people, a demeaning (and unfortunately accepted!) phrase that has become mainstream today with the concept of POC/BIPOC.

The reality is, a century before those men graced the world with their wisdom, a man in Ethiopia was already writing and advocating for equality, human rights, and the separation of church and state. An African man. From a cave. That man was Zera Yaqob.

The Enlightenment Of Zera Yacob

Zera Yaqob was born in Aksum, Ethiopia in 1599. So he actually grew up in an Orthodox Christian world where church and state affairs went hand in hand. By the end of his 30s, he was already in exile for his belief that no religion was more valid than another.

In seclusion in a cave, near the Takkaze river, Yaqob writes a short treatise in which he advocates for equality between men and women. Only, later on, would Europe start considering human rights, with men still superior to women.

Yacob goes even further than that and applies rational investigation to the different religious laws. He was educated in the Orthodox Christian traditions but he rejected how each one of the revealed religions – Christianity, Islam, and Judaism – somehow put woman below man. Instead, Yacob believes that women, if anything, should be considered sacred. Not only does he clearly say that men and women are equal, but he also maintains that a man should only have one wife.

What makes Yacob’s philosophy even more original is that he was no conformist and did not compromise. Where Rene Descartes et al. clearly denounced and rejected non-believers and infidels (sound familiar?), Zera Yacob observes that religious beliefs are, in themselves, subjective. Every believer believes they are right and their religion is the right one.

In his rational thinking, Yaqob recognizes that a life in harmony and happiness requires inclusion, the acceptance of differences, and equality for all.

I wish they thought me about Zera Yacob in philosophy class; or even in history class instead of teaching me to glorify people who thought my kind was less than.

Africa’s tradition of respect for Human Dignity as the basis of society has been documented; the Manden Charter is just one example.
Unfortunately, our western-civilization driven world tends to accept the rewriting of history by European “intellectuals”. When we fight cultural appropriation, that’s where we should look first.

PrevPreviousDr. Karanja Keita Carroll
NextWhy There Are No People Of ColorNext 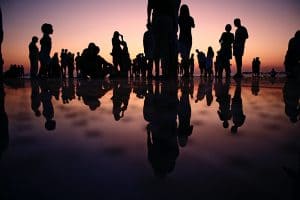 Ubuntu, the philosophical foundation of African societies is usually summed up as communalism. This is the belief that the individual is subsumed into the group, 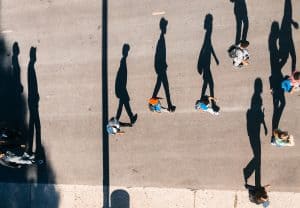 A conversation About The Notion of People Of Color. The phrase “people of color”? annoys me. A lot. What do people really mean when they